When we think about pollutants, we often think about those found outside whether in the air, the ground, or in waterways. Indoor air quality, though, is just as vital to our everyday lives and health, and the pollutants found inside should concern us just as much, if not more. Breathing quality indoor air is critical for good health. Most people spend a significant amount of time indoors—either in the home, office or other types of buildings—where gases, chemicals and other pollutants can cause headaches, eye irritation, allergies and fatigue.

90% of our lives spent indoors

4th Highest risk factor of death cause is air pollution

3,400 gallons the volume of air that we breathe into our lungs every single day

Most talented developers do not have much interest in learning about the specific domain in which they are working, much less making a major commitment to expand their domain-modeling skills. When we work with real-time systems we must know about the domain where we solving the real problems. Whenever overall team sync with terminology we discuss is uniform then we avoid ambiguity and errors.
Few of the Domain related glossary used throughout project

Indoor Air Quality (IAQ) is the quality of air inside buildings as represented by concentrations of pollutants and thermal (Temperature and Relative Humidity) conditions that affect the health, comfort, and performance of occupants.

Sensor calibration is a method of improving sensor performance by removing structural errors in the sensor outputs.

Change of Value (COV) is Collecting data when it changes a set state, for example a temperature sensor changing by more than 0.1 degrees.

Relative Humidity (RH) is a way of describing how much humidity is present in the air, compared to how much there could be.

Particulate Matter (PM) is the sum of all solid and liquid particles suspended in air many of which are hazardous. This complex mixture includes both organic and inorganic particles, such as dust, pollen, soot, smoke, and liquid droplets.

Parts per million (ppm) is a commonly used unit to measure the concentration of a contaminant in soils and sediments.

Fault Detection Diagnostics (FDD) is an engineering tool to identify faults or pieces of equipment not running to specific, pre-defined variables.

Sensor Fusion is combining of sensory data or data derived from disparate sources such that the resulting information has less uncertainty than would be possible when these sources were used individually.

Heating, Ventilation, and Air Conditioning (HVAC) is the technology of indoor and vehicular environmental comfort. Its goal is to provide thermal comfort and acceptable indoor air quality.

Standards are published documents that establish specifications and procedures designed to ensure the reliability of the materials, products, methods, and/or services people use every day. standards address a range of issues, including but not limited to various protocols that help ensure product functionality and compatibility, facilitate interoperability and support consumer safety and public health.

Surveys measure and categorize attitudes or collect self-reported data that can help track or discover important issues to address. Qualitative surveys ask open-ended questions to find out more, sometimes in preparation for doing quantitative surveys. Test surveys to eliminate problems. We done two category surveys Home Users and Workspace employees. Surveys conducted for both groups before and after PoC. With these surveys we craft lots of issues and learnings which were helpful for final product design. 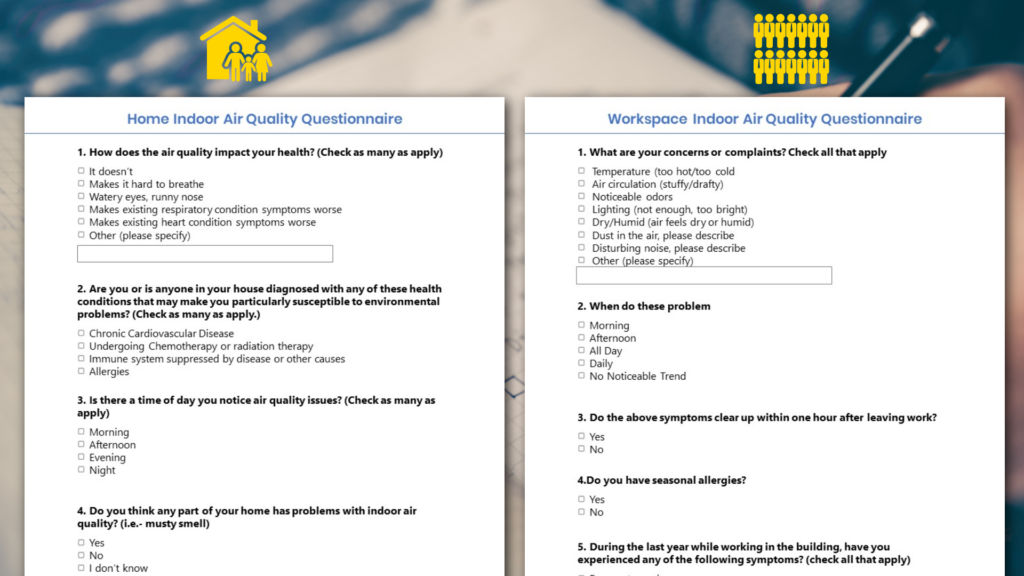 When we deal with physical things like Sensors for sensing and monitoring purpose, we need lots of attention from selecting sensor to ensure sensor output value is valid. In this project we are deal with various types of sensors like Temperature, Humidity, CO, CO2, VOC, PM2.5, PM10 etc., the main problem with environmental sensors are ensure correctness of sensor output. For this we follow various best practices and guidelines for testing. Testing same/different sensors with multiple setups in same/different environment to avoid uncertainty of outputs and their accuracy. Other important thing is calibration mechanisms and calculations which were considered when development time. To put proper calculated logics, avoid error values. for this we built sample prototypes and put it in different location of office buildings. Stored interval data analyzed regularly what happens really. To ensure sensor working, analytic insights and survey data helpful to us very well. Proper mechanical housing and material also impacts system outcomes. 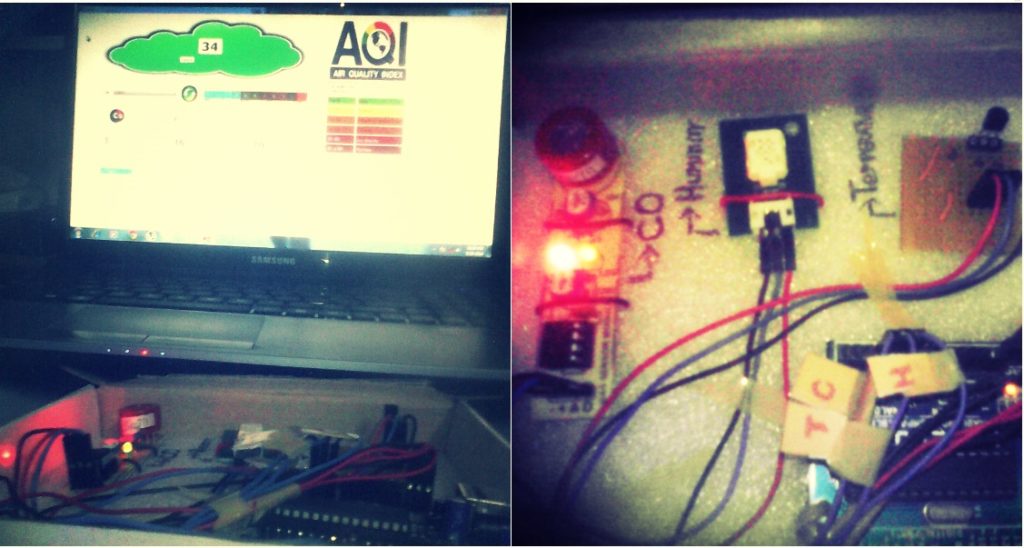 From PoC conclusions to crafting Product

It’s time to crafting our final product design from PoC learnings. From PoC we learn and identify so many success and failures areas. before design we consider every dimension like sensors connectivity, housing, ease of installation, troubleshooting, understandable user dashboard, device health notifications, remote repair option etc., we document all key observations and learnings which help us to move forward to create valuable product. 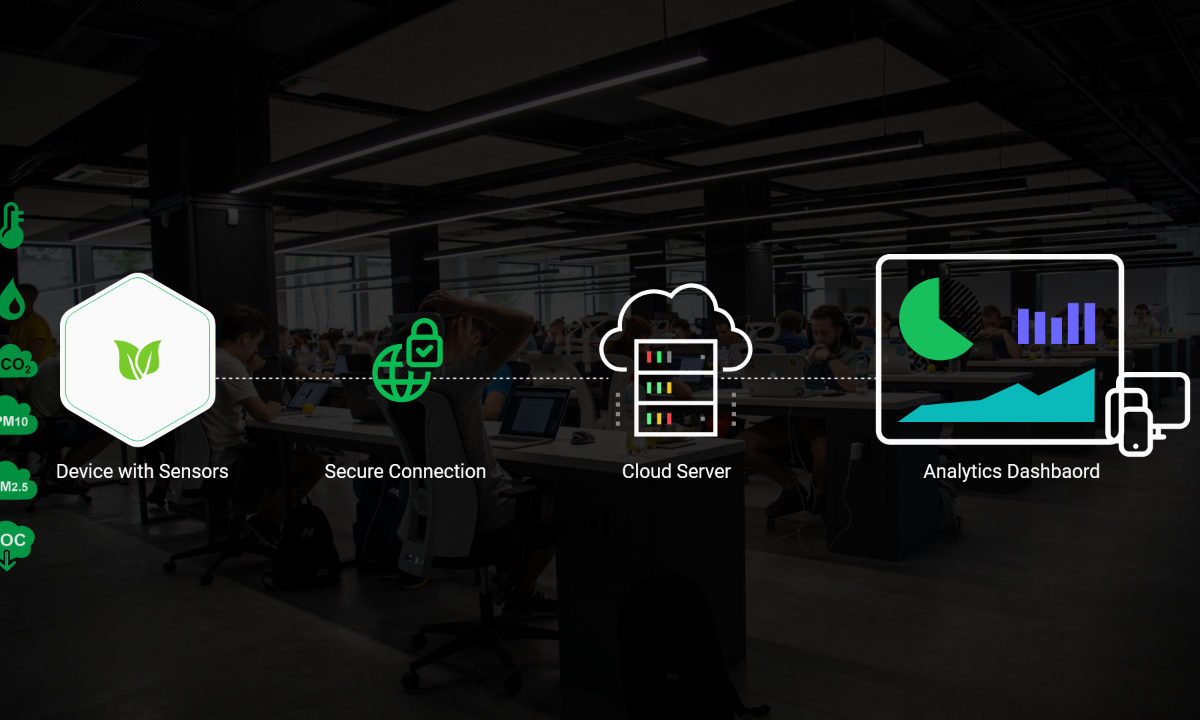 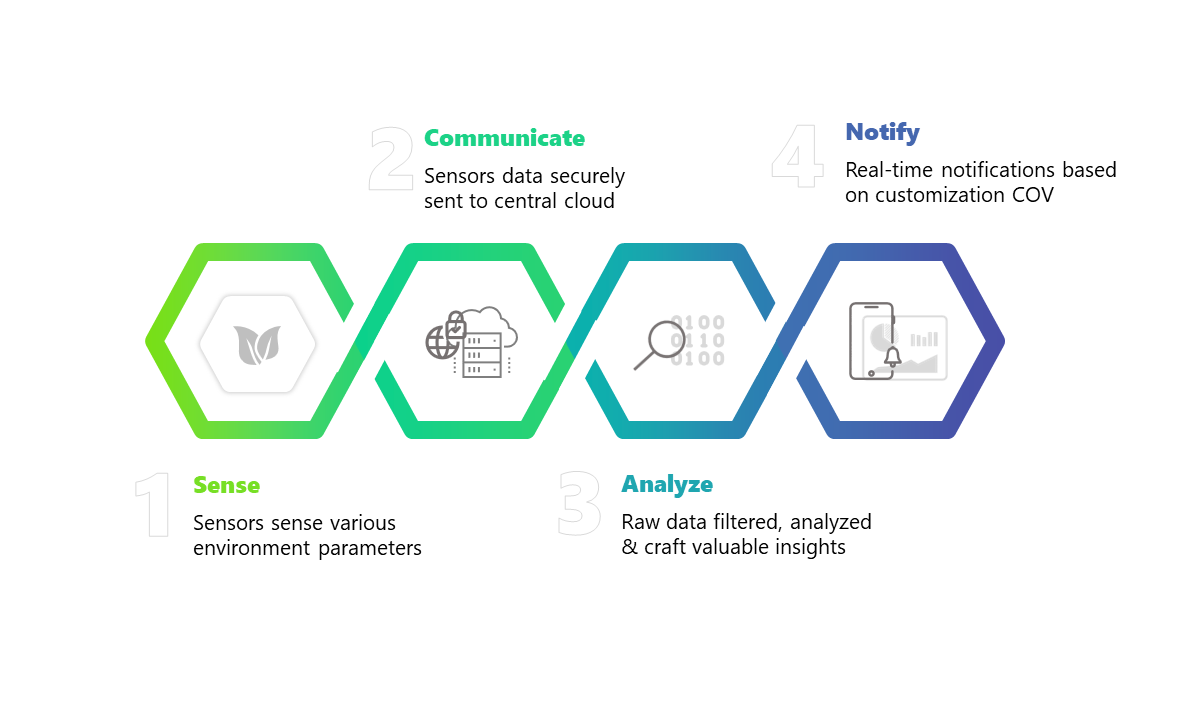 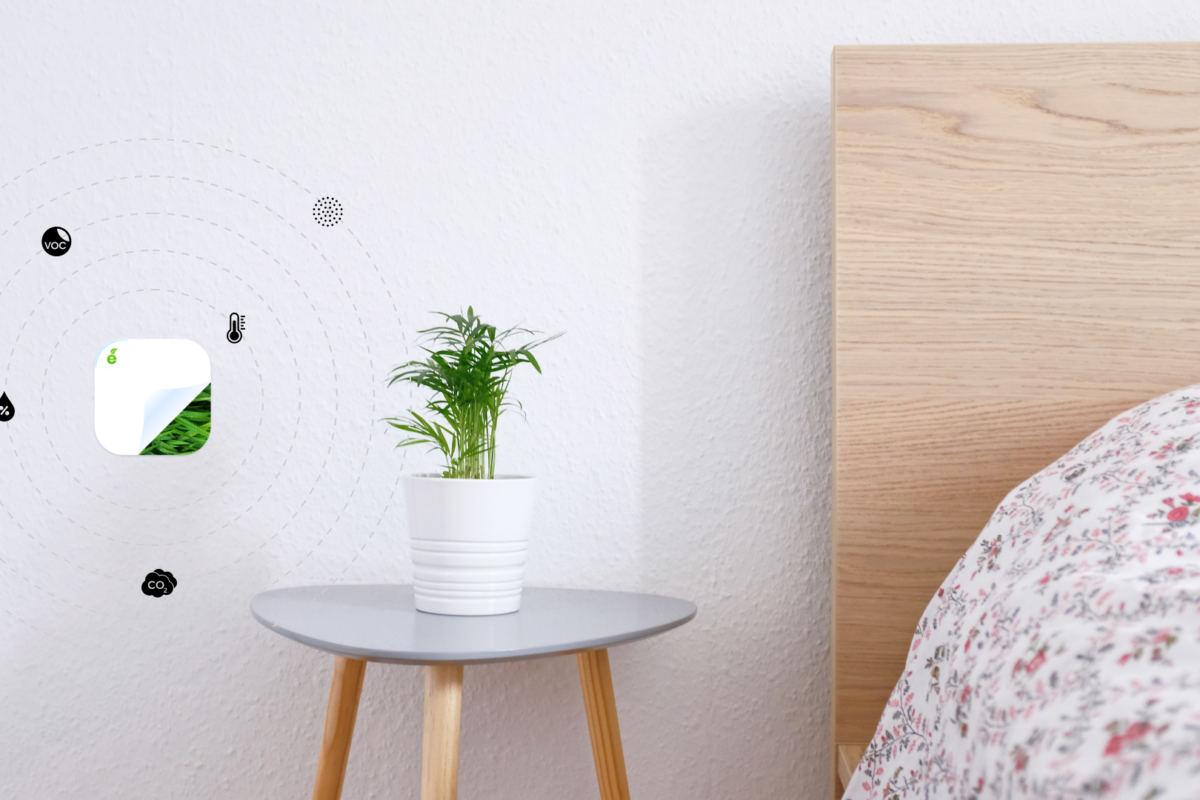 Understand and deliver right solution in indoor air quality segment is really challenging. Why because there are lots of standards, domain knowledge and selection of precise sensors were too complex. From this product journey I learn, how to face real challenges with real time systems. How to consider all aspects mainly installation location, people, culture and their regular activities. We face lots of issues with sensors outputs and application to track and identify where it’s gone wrong. By using Fault Detection Diagnostics (FDD) analysis we sort out errors and causes of system. We cross the deadline due to few mistakes but with 5% delay we deliver right solution which creates value to customer.  I am learning by testing and thinking by doing from this journey which gives a hygienic breath to me 😎.

Disclaimer: Most of the products/projects I am involved as a UX Designer/Project Manager/Jr. IoT Solution Architect are Government Smart City and Industrial IoT related. So, due to NDA (Non-Disclosure Agreement) polices so much of information not revealed. Information is fully confidential.